4 benefits for kids to learn martial arts during school holidays 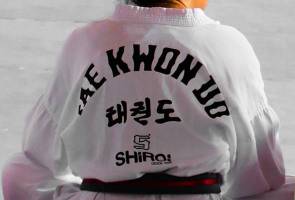 THERE are many things kids look forward to as soon as the school holidays commence.

But rather than spending unnecessary time at home, it could be a valuable period for your children to pick up martial arts.

Whether your kids are bursting with energy or extremely shy in social situations, martial arts can go a long way towards developing your child’s confidence, habits, and soft skills.

Here are some of the benefits of picking up martial arts ahead of the term one school holidays nationwide.

One of the central principles in any traditional martial art is to develop self-control and discipline.

Coaches and masters around the globe often cite this as a primary requirement to succeed in life.

Whether or not your kid ends up having a career in martial arts or something else, this is one of the most important lessons the sport can teach you.

It’s the same reason why Keanu and Gianni Subba’s parents originally signed them up for their first martial arts lesson.

If your kid is struggling to make friends, then attending a martial arts class will allow him or her to meet other students in their age group who may share a similar trait.

However, the 23-year-old shared how Brazilian Jiu-Jitsu gave him confidence, and eventually a career.

This is among the main reasons why most folks practice martial arts. Coaches push their students to their limits in order to stimulate conditioning, knowledge, and strength.

Another interesting benefit — and possibly the most underrated — is developing hand-eye coordination.

Hand-eye coordination is the ability to do activities that require the simultaneous use of our hands and eyes. It is important, especially in the development stages of younger kids where complex cognitive ability is vital to their physical development.

The various movements in martial arts will enhance your child’s hand-to-eye coordination.

In any martial arts, competition comes second to learning respect and humility.

Most martial arts across Asia owns certain unique rituals that are done to honor certain things and promote respect, as often seen in ONE Championship.

One example would be the Wai from Muay Thai, where practitioners clasp their hands together and bow their heads almost as if in prayer. It is done as a form of respect to your coaches, partners, and your opponent.

Two of Malaysia’s most popular Muay Thai practitioners Mohammed ‘Jordan Boy’ Mahmoud and Saiful ‘The Vampire’ Merican cited humility and respect as the greatest benefit of the sport.