Constitutional provisions cannot be read in bits and parts 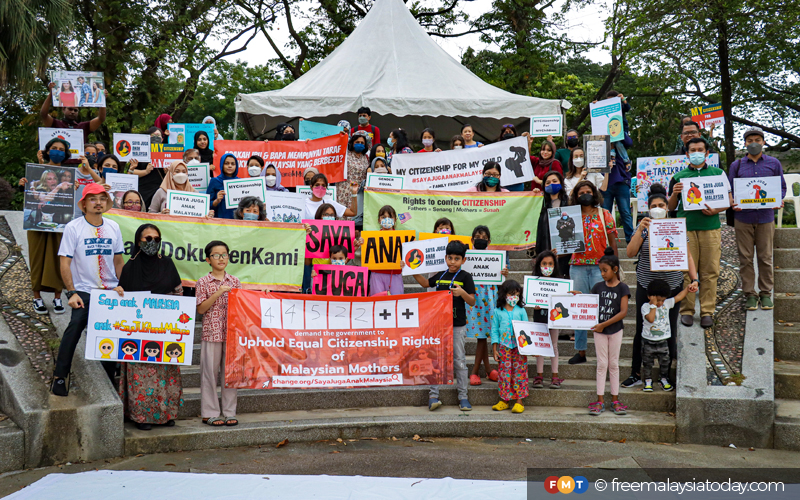 I refer to Hanipa Maidin’s letter “Time to accord a mother her rights”.

According to the MP for Sepang, the recent majority decision of the Court of Appeal in Mahisa Suhaila’s case cements the painful reality that, despite having achieved independence for 65 years, Malaysia has not been able to secure the right of a mother to pass her citizenship to her children who were born outside the federation.

The two judges of the Court of Appeal who refused to grant citizenship to the children – via the mother’s route – exercised a literal and strict interpretation of the black letters of our apex law, he said.

The minority judge, however, declined to be “unduly shackled by literal interpretation.” Hence the learned appellate judge held that Article 14(1)(b) read with Section 1(b) of Part II of the Second Schedule of the Federal Constitution ought to be harmoniously interpreted with Article 8 which, in essence, outlaws gender discrimination.

I beg to say that one cannot read the law, particularly the apex law – the Federal Constitution – in bits and parts. Clause (2) of Article 8 (on Equality) reads as follow: “Except as expressly authorised by this Constitution, there shall be no discrimination against citizens on the ground only of religion, race, descent, place of birth or gender in any law or in the appointment to any office or employment under a public authority or in the administration of any law relating to the acquisition, holding or disposition of property or the establishing or carrying on of any trade, business, profession, vocation or employment.”

One cannot simply read the provision as prohibiting discrimination on the ground “only of religion, race, descent, place of birth or gender in any law” – the word “gender” having been inserted by way of amendment in 2001 – and leave out the opening words, “Except as expressly authorised by this Constitution…”.

It is said the provisions of a constitution cannot be in conflict with each other. The constitutional provisions must be read harmoniously. A harmonious reading of Article 14(1)(b) read with Clause 1(b) of Part II of the Second Schedule as well as Article 8 means that the discrimination against mothers whose children are born outside the federation are not citizens by operation of law is a discrimination “expressly authorised by the constitution”, notwithstanding the prohibition on ground only of gender.

It is most unfortunate, but the courts must give effect to the intention of the framers of the constitution whose wisdom saw it fit to stipulate as it is – 65 years ago.

It is not for the courts to change that by resorting to a wide and liberal interpretation, indulging in judicial activism or pragmatism while declining to be hounded by “the ghosts from the past”. At least not when interpreting Article 8 which clearly says, “Except as expressly authorised by this Constitution…”.

In respect of Article 8 on equality and Article 14 on citizenship, it is the legislature that must make the constitution a living document, evolving and adapting the supreme law to new realities and ethos of the time.

That is the motivation behind Pengerang MP Azalina Othman Said’s filing of a motion to table a private member’s bill (PMB) for a constitutional amendment to grant overseas-born children citizenship through their Malaysian mothers.

The PMB proposes to amend Clause (1)(b) and Clause (1)(c) of Part II of the Second Schedule of the Federal Constitution by seeking to insert the word “or mother” after the word “father” in each clause.

If amended, the clauses will read as follow (the amendments in bold):

1. Subject to the provisions of Part III of this constitution, the following persons born on or after Malaysia Day are citizens by operation of law, that is to say:

(c) every person born outside the Federation whose father or mother is at the time of the birth a citizen and whose birth is, within one year of its occurrence or within such longer period as the Federal Government may in any particular case allow, registered at a consulate of the Federation or, if it occurs in Brunei or in a territory prescribed for this purpose by order of the Yang di-Pertuan Agong, registered with the Federal Government; and…

The amendments, however, will require the consent of the Conference of Rulers as provided by Article 159(5).

The PMB has been drafted and submitted with good intentions. However, has it been presented to the Conference of Rulers for deliberation?

Be that as it may, the message that the PMB sends is clear: to accord Malaysian mothers their rights is as simple as inserting two words – “or mother” – to clause 1(b) and clause 1(c) of Part II of the Second Schedule.

It is simpler than the last constitutional amendments to prohibit MPs from switching parties by what is called the anti-party hopping provisions.

The government may adopt the PMB, then present it to the Conference of Rulers.

Hafiz Hassan is an FMT reader.

The views expressed are those of the writer and do not necessarily reflect those of FMT.